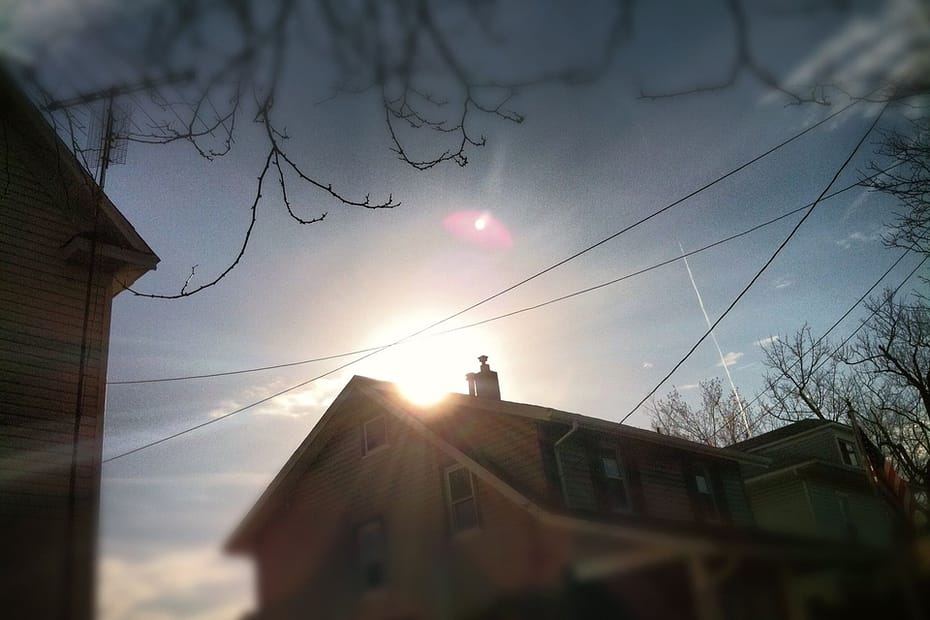 Building orientation is the practice of facing a building so as to maximize certain aspects of its surroundings, such as street appeal, to capture a scenic view, for drainage considerations, etc. With rising energy costs, it’s becoming increasingly important for builders to orient buildings to capitalize on the Sun’s free energy. For developers and builders, orienting a new home to take advantage of the warmth of the Sun will increase the home’s appeal and marketability.  For homeowners, it will increase their indoor comfort and reduce their energy bills.

Thus, building orientation, along with daylighting and thermal mass, are crucial considerations of passive solar construction that can be incorporated into virtually any new home design.  InterNACHI inspectors who consult with new homeowners can pass along this valuable information to help their clients reap long-term energy benefits and savings.

Schoolchildren (and most homeowners) will tell you that the Sun rises in the east and sets in the west, and, if this were true, building orientation would be a fairly simple matter. In reality, the sun rises and sets in the east and west only on the autumnal and vernal equinoxes, and something very different happens during the remaining 363 days of the year. The Earth’s tilt causes the Sun to rise and set slightly south of east and west in the winter, and slightly north of east and west in the summer.  This slight angle depends on the time of year and the observer’s distance from the equator.

As a result, the winter sun spends all of its time in the southern sky, and the summer sun spends much of its time in the northern sky (the sun crosses over into the southern sky during part of the day, depending on latitude). In the Southern Hemisphere, all of these directions are reversed, so the winter sun rises and sets in the northeast and northwest, respectively, and the summer sun rises and sets in the southeast and southwest, respectively.

How the Sun’s Variations in Position Can Affect Building Design

The relative position of the Sun is a major factor in heat gain in buildings, which makes accurate orientation of the building a fundamental consideration in passive solar construction.

Most importantly, a rectangular house’s ridgeline should run east-west to maximize the length of the southern side, which should also incorporate several windows in its design. For this reason, fewer windows should be located on the northern side of the house, where the summer sun can be intense. A deep roof overhang can shade the few windows in this area, as can different types of shade trees and bushes. Research supports an east-west ridgeline.  Homes re-oriented toward the Sun without any additional solar features save between 10% and 20% and some can save up to 40% on home heating, according to the Bonneville Power Administration and the City of San Jose, California.

Builders should note that these directions are given in reference to the Sun and not magnetic north, which can vary significantly from the Sun’s actual position. Magnetic north, as read from a compass, can still be used as a reference if the builder adjusts the figure based on the location-specific magnetic variation, which can be found in publicly available maps.

Keep Your Cool This Summer